My thoughts on “Fake until you make/become it”

Posted by claudiolassala in lifestyle on February 7, 2019

A couple of years ago I bumped into this TED talk: “Your body language shapes who you are”, by Amy Cuddy. I enjoyed the whole bit in regards to one’s body language. However, at one point she puts out the thought “fake until you make it”, or “fake until you become it”. That’s all good, except that a number of people takes the concept in a direction that doesn’t appeal to me.

A couple of months ago, that same video/mantra came up at a meeting, and it seems like a lot of emphasis was put on the “fake” part.

Earlier this week, during another meeting, we were discussing “trust behaviors”, more specifically, integrity. The “fake until you make it” mantra came to my mind again. And a day later, a Facebook friend posted about it as well, also expressing concern about the subject. I figured it was about time to put my thoughts out.

To me, the word “fake” carries a bad vibe with it. I don’t personally want to be associated with it. Here’s the definition found at a dictionary:

Fake: a thing that is not genuine; a forgery or sham: the painting was a fake. A person who appears or claims to be something that they are not.

I don’t like the idea of somebody “faking” about knowing or being able to do a certain thing just in order to get a job or a customer. Besides misleading others, that person also has to live with that notion: “I told others I am this or I can do that, but I know I’m not or I can’t”. And maybe even worst, such person is closing the doors to be helped by others.

Let me explain. Let’s say a person is NOT a software developer, but has taken interest after reading a book about it and writing some code here and there. If that person lets others know “hey, here’s my experience so far. I’m currently NOT a software developer, but I REALLY want to become one. I don’t know how to get there, so I’m looking for opportunities, to get help from anyone who could offer some guidance.”. Or maybe the person already knows what she needs to do to get there: “I’ve read book X, built a simple application to practice the concepts, reached out to a group of folks who are actively working on something similar…”, and so on. That’s very transparent and sets expectations properly. I believe that, by acting this way, one tends to attract people who value that kind of attitude and doesn’t think twice about offering a hand.

But wait: there’s another side to this approach!

There is the aspect of changing your attitude towards someone you’d like to be, but you aren’t yet. Maybe you want to be a rockstar, so you crank up some music really loud and start playing hard your air guitar! Nothing wrong with that (unless, of course, you’re auditioning for a band).

Projecting an image in the mind is a great way to tell the brain “hey, that’s what I want to be… you’re smart; figure it out for me!”.

I’m all up for conditioning the mind and body. For example, I ride fast motorcycles at race tracks. Say I’m going to be riding at a track I’ve never been to. When I am preparing for it, I pick up my iPad, load videos from riders riding the track, go to the garage, put my bike on the stand, and watch the videos while seated on the bike. As I do so, I tuck in behind the windscreen when the rider is accelerating on a straight, then I sit up right when the rider enters the brake zone, and I also slide my butt off the seat, in preparation to lean into the corner.

Is that “fake riding”? I don’t think so. I’m not trying to fool anyone; I’m only conditioning my mind and body, creating some muscle memory, giving my brain time to process little bits of information in a safe environment, before I’m doing the real thing.

A very valid similar approach is great for people who want to either start or get better at public speaking: see Toast Masters.

Summing up: instead of being a “fake”, I rather make it clear where I want to get to, get help, and give help on my way there!

My Successful 30-day Ever Better Challenge

Posted by claudiolassala in Evernote, lifestyle on February 1, 2019

On my 2018: Annual Review post, I’ve mentioned I was going to try a 30-day Ever Better Challenge in order to address one of the items I didn’t do so well last year: exercising more!

My challenge was to do at least 20 minutes of any sort of physical activities every day. How did I do? Nailed it!

I have not skipped any day.

The physical activity (that is, related to exercising) I enjoy the most is rollerblading. I’ve done it three times during this challenge. Each time lasted a full hour, non-stop, in which I cover about 8 miles. Two out of those three times actually happened back-to-back on consecutive days; at first, I didn’t think I’d be able to pull it off, but I actually did! That’s an option I like because it is a good workout for my legs and lower back, good balance, and I use that time to listen to podcasts, audiobooks, music, etc. All of that, surrounded by a nice scenery. 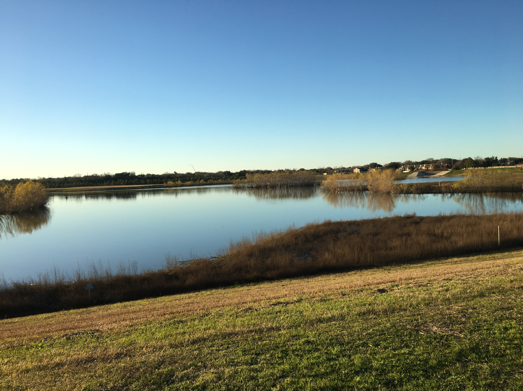 Unfortunately, I can only go rollerblading on a more frequent basis when Daylight Saving Time starts, so I have time going to the park when I’m back from work.

The majority of the days (21 days), I did roughly 20-minute sessions as soon as I got back home from work. The ritual is:

I now go through that flow without thinking about it, so I believe the habit is being formed.

I perform activities that can be done inside of the house: pull-ups, jumping on a mini trampoline, weightlifting.

In this period, I was out of town for 4 days. During those days, I walked an average of 4 miles each day, and I considered that my physical activity for the day, as I was out and about most of the time and there wasn’t much else I could do.

Another benefit I get from this is that I get to watch some good videos (TED and the like) while I’m exercising.

Moving forward, I’ll continue following the same rituals, and will add a couple more reps to what I do when exercising at home.