As per my 2017 Annual Review, these were the things I mentioned I was working toward:

1. Way to exercise outside of DST
2. More consistent way to work on music
3. Beyond the Track
4. New language on Duolingo
5. Public classes

So, allow me to ponder over those things, and add on top of it…

Jar of Awesome: I’ve adopted the idea of having a Jar of Awesome (first read it on Tim Ferriss’ Tools of Titans book), and on January 1st of 2018, I’ve put a jar in a place that’s easily visible and accessible at home. By December 31st, the jar was full of reminders of our gratitude throughout the year!

Riding Trip in Europe: This is a bucket list type of endeavor. Back in late 2017, I’ve seen a post about this tour. I knew that was something my wife and I would love to do, so I had set it as a goal for 2018, which we have accomplished!

Learning Other Languages: I continued using Duolingo to learn and practice other languages. I’ve finished Italian, continued practicing it for a couple of months, and then a started and finished German. Both languages came in handy for my trip to Europe mentioned above. Last year I mentioned I was running my longest streak ever on Duolingo, at 144 days. I went all the way up to 300+ days, but ended up breaking the chain after completing one day a few minutes after the counter resets. That’s ok: I started over and am now back to a streak of 175 days! For almost a year I had my daily goal set to 50 XP, but I had to lower it to 20 a few months ago. I figured it’s better to lower it than break the chain, and will likely go up to 50 soon. 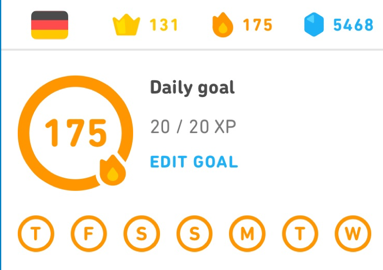 Meditation: my last year’s post shows a streak of 236 of meditation. I got over 300+ days. But then, there was one bad day that threw me off, and the chain was broken. It’s ok; I started all over the next day! I’m now running a 140-day streak. I’ve just passed 1000 sessions overall, which makes me happy. Some days are easier than others, but it’s important to keep the practice every single day. 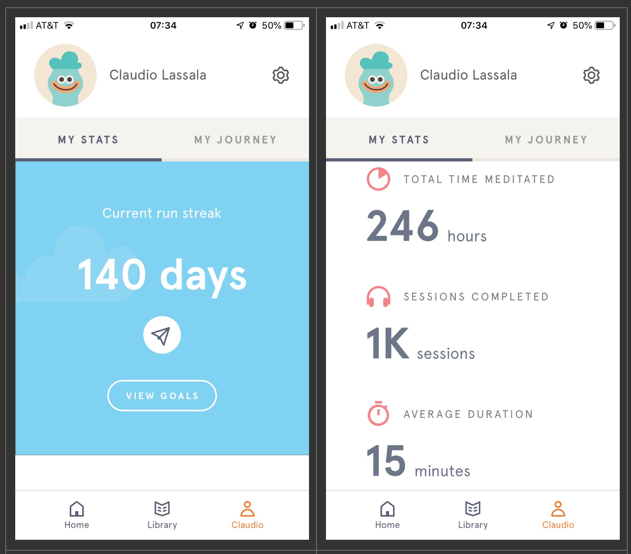 Beyond the Track: last year I’ve mentioned that this was going to be something I’d be working towards. And I really did! I’ve held one meetup every month, the entire year. I was also the main speaker for most of the meetings, and edited/published videos of all meetings so that people who couldn’t attend were at least able to watch it online (and a good number of people did!).

SportBike Track Riding: I enjoyed so much riding my bike at track days in 2017, I planned to do the same in 2018. Well, I did more than twice as many track days! I’ve been improving my riding consistently, and having a lot of fun. 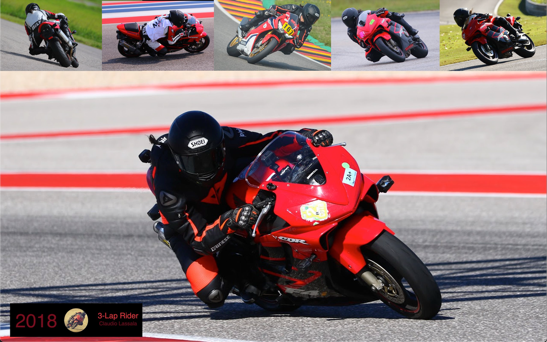 New Original Songs: I wanted to work on music more consistently, since I have a big backlog of ideas for songs. I’ve managed to finish and publish two new songs, and have a third one almost ready to be released earlier this year. The interesting thing about the two songs I published is that I didn’t spend a lot of time working on them. On the first one, released in late March, I’ve put together some parts I had for a song, showed the inspiration for lyrics to my singer buddy Roberto Gallaeci, and we knocked it down in just a few sessions. For the second song, released in early November, I already had the music, lyrics and vocals all written, so I only had to sit down and record everything, which I did in about 2-3 weeks. So, while I’d like to have recorded more songs, I’m happy with how productively I was able to put out two songs that I’m really proud of (and can’t wait to put out the new one, which is almost done!).

Trainings Delivered for Improving: Twice this year I’ve had to lead trainings with less than 10 days notice; something that popped-up and someone was needed. Without going into details, I just have to say I’m very happy with the evals I got from both trainings.

Involvement at Improving: I’ve continued growing my involvement with Improving’s “extra-work” related activities (such as doing presentations at conferences and user groups). I’m specifically pleased with the feedback I got from attendees to several of my presentations. That’s something I’ve always enjoyed doing, and knowing that people enjoy my talks is always a great motivator.

What didn’t go so well?

Exercising: Last year, I mentioned I needed a way to exercise outside of DST. I’ve failed at that. While I did do some exercising during that period, I’m not proud of the low frequency. For this year, I’ve taken the Evernote’s Ever Better Challenge and created the commitment with myself to do any sort of physical activity for at least 20 minutes, every day, for 30 days. Exercising is very boring for me, but I have one core motivation to do it: I need to be fit in order to take my Sport Bike riding to the next level!

Public classes: I enjoyed teaching some internal classes at Improving early last year, and I considered offering them as public classes. However, I decided to shelve that idea as I pursued other goals throughout the year (the goals that were achieved and mentioned in the “what went well” section.

What am I working toward?

Continue Growing Beyond the Track: I’m digging this work I’m doing and I’ve been getting great feedback from people saying how much this initiative has helped them. I’ll continue having the monthly meetups, but I plan to grow it outside of the in-class meetings. I have tons of ideas, I’m acting on them, and I have even created a Patreon page for Beyond the Track, so I can build a bigger community around it and get help to keep pushing it forward.

SportBike Track Riding: I’ll continue doing it! I’m putting together specific goals I want to achieve this year, the kind of progress I want to make, what tracks I want to ride, and will go have fun!

New Opportunities at Improving: As I look into growing within the company, I’m analyzing some opportunities and settings some goals to pursue this year. I’ll quite possibly blog about it as things materialize.

This entry was posted on January 10, 2019, 1:55 pm and is filed under annual review. You can follow any responses to this entry through RSS 2.0. You can leave a response, or trackback from your own site.